Stuttgart is one of the most important cities in Germany, and for good reason – it is the capital of the state of Baden-Württemberg located in the southwest of Germany, which is the third largest state among the 16 states that make up Germany. It is a large city, inhabited by about 600 thousand residents only in the city itself, and more than 4.5 million in the entire metropolis. It has existed since the days of the Roman Empire, and therefore presents its visitors with a rich history and an impressive culture. It is a very multicultural city, as about 40 percent of the city are residents who either they or their parents immigrated to.

Today, despite being an important center for academia and culture, Stuttgart is best known for its automotive industry. Two of the most prestigious car companies in the world, Daimler MG (maker of Mercedes) and Porsche, started their journey in the city and still have their headquarters there. 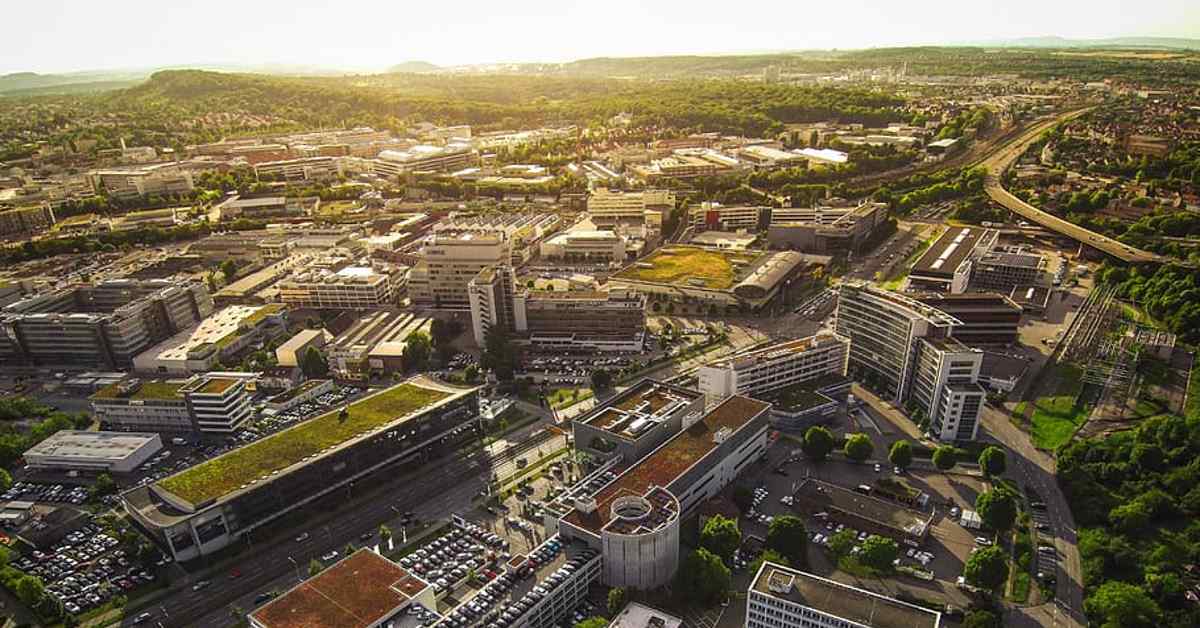 When should you visit Stuttgart?

Similar to most cities in Europe, the tourist season in Stuttgart is determined by two main parameters – the weather and the school year. The weather in Stuttgart corresponds to that of a relatively northern European country, which means that in the winter months it reaches low temperatures that make it difficult for tourists and dilute the number of visitors to the city. There is no doubt that the peak in the number of tourists comes in the summer months, with an emphasis on its beginning. The months of June and July are characterized by the largest number of tourists during the entire year, with the increase starting as early as mid-April. The number of tourists decreases as the summer and autumn progress, and in the winter months it reaches a low point.

The number of tourists visiting the city obviously affects the costs of the various services offered to tourists, including flights, hotels and accommodation as well as the various attractions. It also determines the load on the tourist sites, which Stuttgart is full of. At the height of the tourist season the prices of flights, accommodation and attractions are sky high, and can double and triple their cost in the low months.

If you want to travel with the children during the summer vacation, it is certainly possible to do so and you are guaranteed optimal weather in relation to Stuttgart. However, keep in mind that you may pay very considerable sums for this trip. If you are ready to challenge yourself in a European winter in all its glory, for the better, then a winter vacation can cost you significantly less.

Flights and airports in Stuttgart

There are no direct flights from Israel to Stuttgart, so in any case you will have to make do with a flight with an intermediate stop. However, due to the importance of the city, you can find flights to it from many destinations all over Europe (and outside of it as well), which greatly expands the variety of flights you can take.

If you don’t want to waste time on public transport or a rental car around Germany, you will surely be happy to hear that Stuttgart boasts a large and modern international airport, one that is ready and willing to receive flights from all over Europe and even from North America. The airport in Stuttgart (STR) is the sixth largest in Germany in terms of passenger volume, with close to 12 million passengers passing through it in 2018. It is located about 13 kilometers south of the city itself, and is connected to it by a precise and strict transportation network. Today it is named after the former mayor of Stuttgart, Manfred Rommel, who is the son of the infamous Nazi officer.

You can also use other large fields close to Stuttgart, which you can reach by direct flight and from which you can travel to the city by public transport or a rental car. One field that can be used is the field in Frankfurt (FRA). It is the largest field in Germany, the fourth largest in Europe, and one of the most important in the entire world. With the multitude of these titles, you can be sure that at Frankfurt Airport you will find everything you need (and probably also what you don’t need). This field has a rich history, and was used by both Nazi Germany and the Allies during World War II.

Nowadays, the field is one of the busiest in the world, with nearly seventy million passengers passing through it in 2018. Direct flights between Frankfurt and Ben Gurion Airport are operated regularly by both El Al and the German airline Lufthansa. From the airport in Frankfurt you can reach Stuttgart by train that leaves every hour, the journey takes about an hour and a quarter.

Due to Stuttgart’s close proximity to the border with Switzerland, those wishing to reach the city by direct flight can also fly to Zurich Airport, Switzerland (ZRH), and from there take the train to Stuttgart. It is the largest airport in Switzerland, and in 2019 it was named one of the ten best airports in the world by Skytrax. The field boasts extensive international activity, and you can find flights to and from many destinations in the world, including Europe, South and North America, Asia and Africa. There are several daily flights from Israel to Zurich, both by El Al and by the Swiss airline Swiss Air. The trip from Zurich airport to Stuttgart requires getting on a train at Zurich’s main train station (arriving from the airport is a fifteen-minute bus ride), and takes about three hours in total.

Flight costs to Stuttgart are highly dependent on the time of year you fly, which directly affects the level of demand for tickets. Due to the fact that it can be reached (via a connecting flight) on a flight with low-cost companies, it is certainly possible to find tickets to it at a cost of about 80 to 90 US dollars. However, if you choose to reach it via a sought-after destination, or if you order a ticket during peak tourism season, you can expect the prices to double and maybe even triple, due to the significant increase in demand.