For anyone familiar with the name from history classes, we remind you that Nuremberg is the city where the Nazi regime’s racial laws were enacted (known as the Nuremberg Laws), and also the city where the top officials of that exact regime were tried at the end of World War II (what is known as the Nuremberg Trials). Therefore, it is one of the most important cities in the history of the twentieth century.

However, fear not. Today it is not really a gloomy city burdened by history, although you can also be exposed to this face if you wish. Nuremberg is a lively city, featuring world-renowned nightlife, fine local beer and, like other large European cities, a history of a highly developed Jewish community. 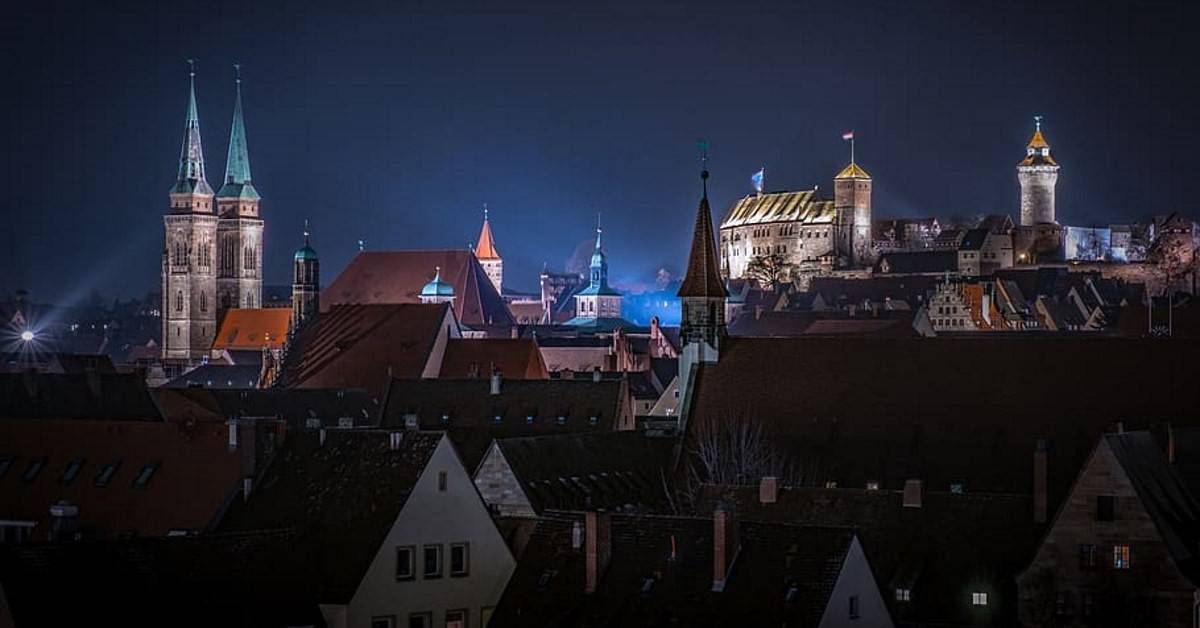 When is it recommended to come to Nuremberg?

The summer months, with an emphasis on June to August, are the busiest months in Nuremberg in terms of the number of tourists visiting it. You will find there a huge amount of visitors, who take advantage of the school and university holidays and the long summer days to explore Europe’s selection of tourist destinations. As a result, demand in the flights, guest houses, hotels and attractions sector skyrockets in these months. This is true for all of Europe, including Nuremberg. Therefore, the cost of your vacation in Nuremberg in the summer months will be significantly higher than a vacation with a similar composition at another time of the year.

The recommendation for those who choose to travel anyway at this time, due to schedule and budget constraints, is to order the required services in advance as much as possible. Booking flights and hotels months in advance will allow you to locate the more profitable deals, thus paying less for a vacation that can be very expensive at the height of the tourist season.

On the other side is the winter season, when the number of tourists drops significantly. In these months, with an emphasis on mid-January to the end of February, you will find the city almost empty of visitors, which will allow you to walk around it with a sense of intimacy and closeness. In addition, the lack of demand leads to a drop in hotel and flight prices, which will allow you to close a vacation at a significantly cheaper cost than the summer sister. The main disadvantage is of course the weather, which may shut you inside museums and other indoor attractions for extended periods of time. Don’t forget to bring warm clothes and umbrellas.

Those who have their time in hand, will be able to vacation in Nuremberg in the spring and fall, when there is an almost ideal balance in the city between the number of tourists, the weather, and the length of the day, which also results in the moderation of prices compared to the summer. Travelers during these seasons will find themselves walking around with quite a few other tourists, but the tolerable load will allow for a very enjoyable trip for which you will not pay an exorbitant price.

Flights and airports in Nuremberg

In order to get to Nuremberg you will have to choose whether you prefer to go directly to the city, and then you will have to make a stop at some intermediate destination. The second option is to reach a nearby city by direct flight from Israel, and from there to get to Nuremberg by public transport or a rented car. To the delight of those who prefer the first option, Nuremberg’s local airport (Nuremberg international airport – NEU) is one of the ten busiest and largest airports in Germany, with close to five million passengers passing through it a year.

Although there are no direct flights to it from Israel, the large selection of intermediate destinations in Europe and abroad from which it is possible to reach Nuremberg, make it a particularly accessible field. Flights to Nuremberg from Israel make intermediate stops in Romania, Turkey, other cities in Germany and more. The big advantage is of course the great proximity to the city, since the field is only about fifteen minutes away by train.

If you prefer to arrive by direct flight to a city in Germany and from there continue to Nuremberg by land (and this can be a preferred option for travelers with an extended group, for example those traveling with children), you can do this through several cities: Munich, Frankfurt, and even Berlin (although it is far away) relatively).

The airport in Munich (Munich international airport – MUC) is a large airport by any measure. This is the second largest field in Germany, and the ninth largest in Europe. In 2019, nearly fifty million flights passed through it, which means that it is able to provide services to all types of passengers. You will find direct flights from Israel to it and back, operated by both Lufthansa and El El. Both companies together cover all days of the week, so you can choose your favorite day. From the train station at Munich Airport you can reach Nuremberg (with a change at Munich Central Station) in about two hours.

The other option is to fly through Frankfurt (FRA), which also has many direct flights from Israel. These flights are also operated by Lufthansa and El Al, and with even higher frequency than to Munich. Another advantage that the airport in Frankfurt has is that the train from the airport itself arrives directly to Nuremberg, without the need for a change. The journey is about two and a half hours.

In terms of costs, it is important to take into account both the tourist season in which you travel, and the route you choose. It can be roughly said that the flights to Nuremberg are in the range of 500-90 US dollars, depending on the month, the airline and whether you are traveling on a direct flight or not.