Frankfurt is one of the most underrated cities in terms of tourism in Germany. It is in the shadow of Berlin and Munich, and even areas like the Black Forest, although it has a lot of very interesting options for tourists, on various topics such as sports, culture, art and green and spectacular areas. Frankfurt is located on the river Main (hence its full name – Frankfurt am Main), and is the economic and commercial center of the entire region. It has a fine and spectacular skyline, and a North American touch that is very hard to find in Europe. Its nicknames, including “Manhattan” and “Chicago on the Maine River”, show the progress and technology it has put at the forefront.

Frankfurt is regularly ranked in the list of the 10 best cities to live in, work in, and do business in the world. It offers a wide variety of touristic and cultural options, and at the center of them is the “Mesa Frankfurt”, a cultural center that hosts important and diverse events several times a year. Frankfurt has a very large amount of museums in the genres of art, science and history, and it is an amazing city that should be explored on foot. In fact, Frankfurt has several built-in walking routes that pass through central points in the city, including a special bridge built in 1911 (and renovated since then), which connects the Sachsenhausen district and the central district, two of the most central areas of the city. However, there are times when renting a car in Frankfurt is the right way, and this is in order to enjoy it and its outskirts in a way that is a little different, a little faster, and with options that do not exist when walking. 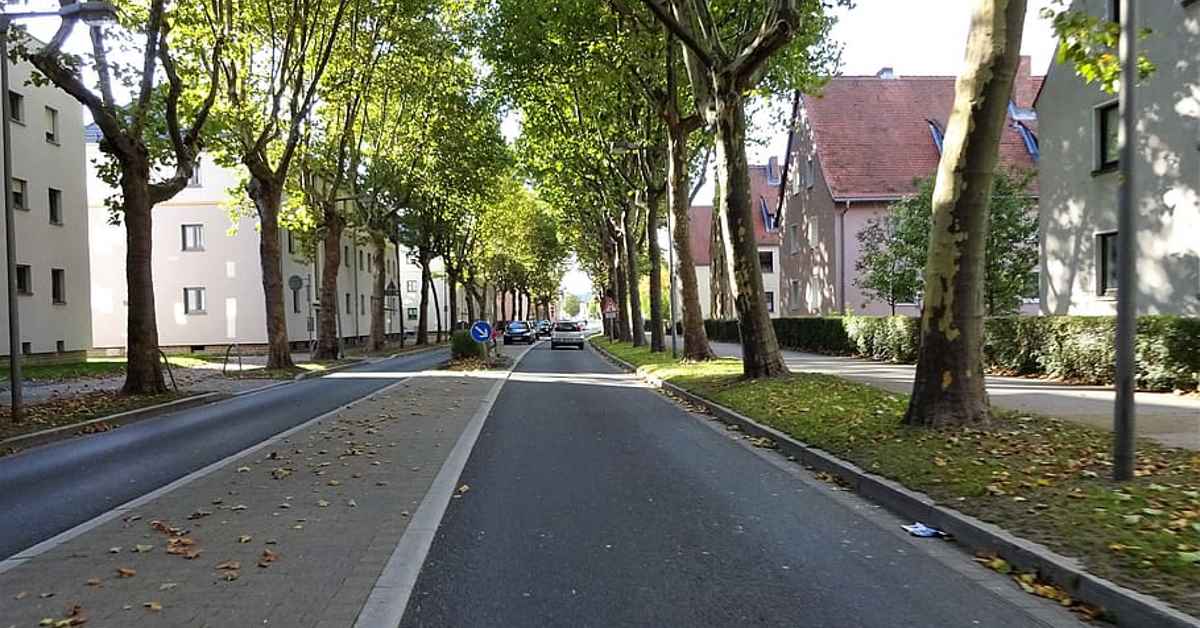 How much does it cost us?

All the major car rental companies work in Frankfurt and are, naturally, at the airport and other central locations in the city district. The price of a basic or mini car, with room for two adults and two suitcases, will cost you only about 18 euros per day. On the other side of the spectrum are larger and more luxurious vehicles, including new station wagons, which can fit a large family and 3 or 4 suitcases, when the price of renting such a vehicle can reach approximately 45 euros. Of course, all car rentals do not include fuel costs, additional taxation costs and extras that customers may specifically request. Prices go up on weekends and during the hot tourist seasons, and of course there is the possibility to order luxury vehicles or SUVs at higher prices that are not in this scale.

As with any type of reservation abroad, the priority is to prepare in advance and order the vehicles as early as possible, as much as possible. In the summer, between June and August, the peak tourist season in Frankfurt, the prices are of course higher and rise by a few percent. In the winter, the prices return to The standard, when the prices during the transition seasons are somewhere in between. It is important to note that in many cases, Frankfurt mainly hosts families in the summer, while in the winter and during the holidays and the transition, you can see many couples and groups of friends traveling in the city. The ideal is to book the car about one or two months in advance, and reserve the The right vehicle, so as not to end up in a situation where the company does not have a suitable vehicle for your needs.Interim note – it is important to check the schedule of events in the city and its surroundings, as this has a major impact on traffic and the traffic jam map.

Frankfurt has several major events every year, which tend to delay the traffic in terms of traffic jams and congestion, a little more than usual. The large Mesa Frankfurt book fair in October, the large Euro marathon in October, the Christmas fair in December, New Year’s Eve, the art fair in April and the Opernplatz – the summer festival held in June. Every big game of the Frankfurt football team also causes congestion and delays in the city, as the city also has a good basketball team (something that is not typical in German culture), which also hosts big games sometimes. On the excellent TOMTOM website you can get traffic jam maps online at any time, including recommendations on how to avoid standing in traffic jams and even data on traffic jam times in the city. For example, you can see that if you want to travel from place to place within the city on Thursday, it is better to do so before 5:00 p.m. Thursday is of course the busiest day of the week, when the days around Christmas are especially busy days, certainly around the many shopping centers in the city.

What do you choose?

Most car rental companies in Frankfurt go for standard vehicles suitable for couples or families, but it is very important to define your needs when booking. Everything has meaning in choosing the right vehicle, including the amount of luggage, the type of vehicle, the type of fuel it uses, and in addition, whether it is a vehicle with a trailer or other extras. It is very important to think about all the needs that may arise during the trip, and to ask the rental company for everything that is required, even if you are required to add a few shekels. Comfort and functionality during trips abroad, certainly if they include a rental car, are critical. Choosing the wrong car will make it very difficult for you, even on long trips, and certainly on trips that require passing through less urban and developed areas. The priority is, of course, to go with the big rental companies and international and check if during the trips, transit permits are needed, expensive parking options and where you can fill up with gas on the way.

Any person who wants to rent a car abroad in general, and in Frankfurt in particular, must have a valid international driver’s license, even though this condition is not valid for all car rental companies as a condition of the transaction.

Driving and navigating the city

Unlike Berlin and Munich, which are cities that undergo transportation improvement processes at any time, Frankfurt is less friendly, relatively speaking of course, to the visiting and foreign driver. In some cases, its roads are narrow and unmaintained, and sometimes even confusing and misleading. However, and this is again in contrast to the big cities, in Frankfurt it is better to get around with a car for a large part of the time. The city’s attractions are scattered in different places, and instead of getting involved with trains and buses, the time will be best utilized if you rent a car that suits you, enjoy one area and move to another area by car. The driving culture in Germany is a bit aggressive compared to Europe, and quite similar to Israel. It is important to be aware of common traffic signs and basic traffic laws.

Frankfurt is a central city, so it is very well connected to all autobahns, and it is very easy to get to and from its wonderful outskirts and nearby areas, such as the Black Forest. It is important to remember that there is no speed limit on the autobahns, and in addition, the priority is to use Wise or similar navigation apps to optimize your trip and above all not to make a mistake, because as mentioned, Frankfurt is a city with slightly winding roads. Because Germany is a car-building powerhouse, you can find a lot of luxury cars near you and even rent such cars at cheap prices compared to other places in the world, so this is an advantage in case you want to pamper yourself.

The parking challenge in Frankfurt is not easy. There are many signs with different hours when you can park in certain places and the fines are relatively high, and can reach up to 40 euros for parking outside the specified hours. The city has many “green zones”, which give priority to green and electric vehicles. If you are planning long-term parking in strategic locations in Frankfurt, you may be better off trying and booking an electric or hybrid vehicle. The parking lots are quite common, and their prices are relatively high, but not like in the bigger cities. There are many paid parking options, at reasonable amounts of about 2.5 euros per hour.