It doesn’t matter when you plan to come to Germany, in the fall, winter, spring or summer, – in every season and throughout the year there are various events and festivals that attract quite a few tourists to the country. Being a multicultural country with quite a few immigrants, and especially in its capital Berlin, Germany offers a wide selection of options that will suit everyone. Whether it is a festival or event related to local tradition, a colorful culinary event or festival or even one focused on classical music or perhaps local cinema, the possibilities are many and can “jump” any visit. Some of the events and festivals in Germany take place in the big cities and some in the small towns or villages, which are considered the least known.

It is important to know – since some of the prominent events in Germany, such as the Oktoberfest, are an attraction in themselves, one that brings crowds of visitors to Munich and other large cities, it is highly recommended, if you plan to come to Germany in those months, to make sure to book accommodation in advance (and especially if you want to stay overnight in the cities themselves , close to the center of things). There are quite a few good accommodation solutions in Germany, hotels, apartments for rent for short periods and much more, suitable for all visitors, whether for a short or a long vacation.

The Oktoberfest in Munich is considered the largest festival in the world and every year over 6 million visitors come to it. It usually takes place between the end of September and the beginning of October (dates vary) and in addition to the very large amounts of beer that people sip, traditional German sausages are also offered alongside sauerkraut, good music by local Bavarian bands and of course a colorful, colorful and lively atmosphere.

This is one of the well-known music festivals in Germany and an important and prominent event among classical music lovers. It is dedicated to the works of the famous composer Johann Sebastian Bach and since 1904 it has been held every year in Leipzig for two weeks during June. As part of the festival, over 100 different events are held, which give a place of honor to the music of great artists. The highlight of the festival is Bach’s Mass in B minor held in St. Thomas Church.

It is considered the best of its kind in Germany and every February, every year, the rich and famous from the world of cinema come to watch and promote his films. Since after the war, this festival has become one of the most prestigious film events in the world and it competes with that of Cannes and Venice. Over 400 international films are screened there every year, covering a wide range of different genres. As part of it, quite a few large events and parties are held, as well as important panels and discussions, some of which are open to the general public.

This special event, held in the Kreuzberg district of Berlin every year, is a four-day festival during the month of May, which attracts over 1.5 million visitors to the city and the district itself each year. As part of it, parades, parties and large celebrations are held to bring multiculturalism and cosmopolitan Germany to the front of the stage. In the famous procession in which more than 4,800 people participate, who take to the streets. The carnival also hosts large concerts in the open air, covering many genres of music.

This spectacular festival that takes place on the weekends in May and September (spring and autumn) is one of the most beautiful and special in Germany. As you can guess from its name, it is held along the Rhine River, the longest in Western Europe, which passes through other countries besides Germany – Switzerland, Italy and also the Netherlands. In the valley of the Rhine river in Germany, where it takes place, the vineyards are lit up, near the river, the beautiful castles are lit up and the whole appearance of the area becomes a particularly magical sight. Fireworks are part of the thing and boats sailing along it, during the festival, add quite a bit of style to the celebration.

Festival of Lights in Berlin

Berlin skies may be gloomy in the month of October (the beginning of autumn), but this grayness is replaced by the Festival of Lights in Berlin with a multitude of colors and magic. This is a completely free event that casts a spectacularly beautiful magical light on almost 100 of Berlin’s most central and well-known sites, illuminated by local artists and artists from other countries around the world. The city of Berlin becomes, during the days of the festival, the largest open gallery in the world, and since the festival began, in 2005, it has been a center of attraction for many visitors. Every year there is a different theme for the festival, when in 2019, for example, with the celebration of the 30th anniversary of the fall of the Berlin Wall, this became its main theme, which was expressed, thanks to the artists, in a variety of interesting and unique ways.

Christmas markets in Germany are part of a long-standing tradition and the best way to get into the holiday spirit. They are held at various points throughout the country and some are considered particularly popular. Each of them has a variety of stalls that offer different types of produce, good local foods and souvenirs that are a perfect gift for lovers. All this is also accompanied by music, accompanied by beautiful decorations and above all – a festive atmosphere that has no equal. Among the highlights in the list of Christmas markets in Germany, you can find the market in Munich, the market in Nuremberg, the market in Dresden, the market in Rothenberg and the one in Cologne. 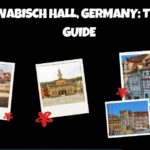 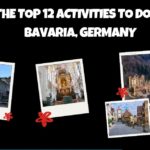 The Top 12 Activities to Do in Bavaria, Germany 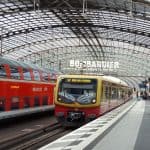 Transportation and mobility in Germany

All the ways to get from place to place in Germany, inside and outside the cities, with its excellent means of transportation
Read More 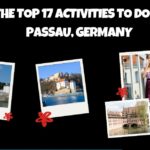 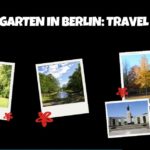 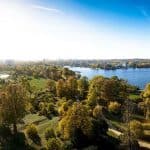 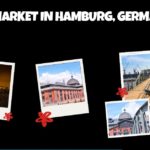 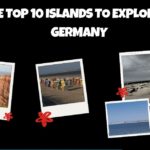 The Top 10 Islands to Explore in Germany 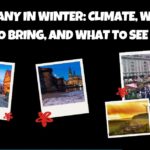 Germany in Winter: Climate, What to Bring, and What to See 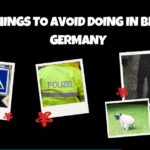 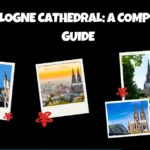 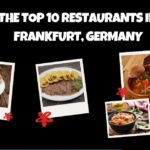