There are many reasons to visit Düsseldorf, whether you are a tourist or a business person. It is one of the most important cities in Germany (it is the capital of the state of North Rhine-Westphalia), and its location in the west of the country, close to the borders of Luxembourg, France and the Netherlands, makes it a perfect destination for a trip that includes several European countries. The city boasts a high standard of living, a rich nightlife, a history that rivals the antiquity of European cities (despite the heavy damage the city suffered during World War II), and more. In the end, Dusseldorf is suitable for all types of visitors, whether they be backpackers on a post-military trip or retirees traveling in peace and on a higher budget.

In addition to the rich history and culture, in Dusseldorf you will find the third largest Jewish community in Germany. Close to eight thousand Jews live there, and you can find many community institutions. Travelers in the city will be able to use the services of the local Chabad house, which is also one of the largest in Germany. 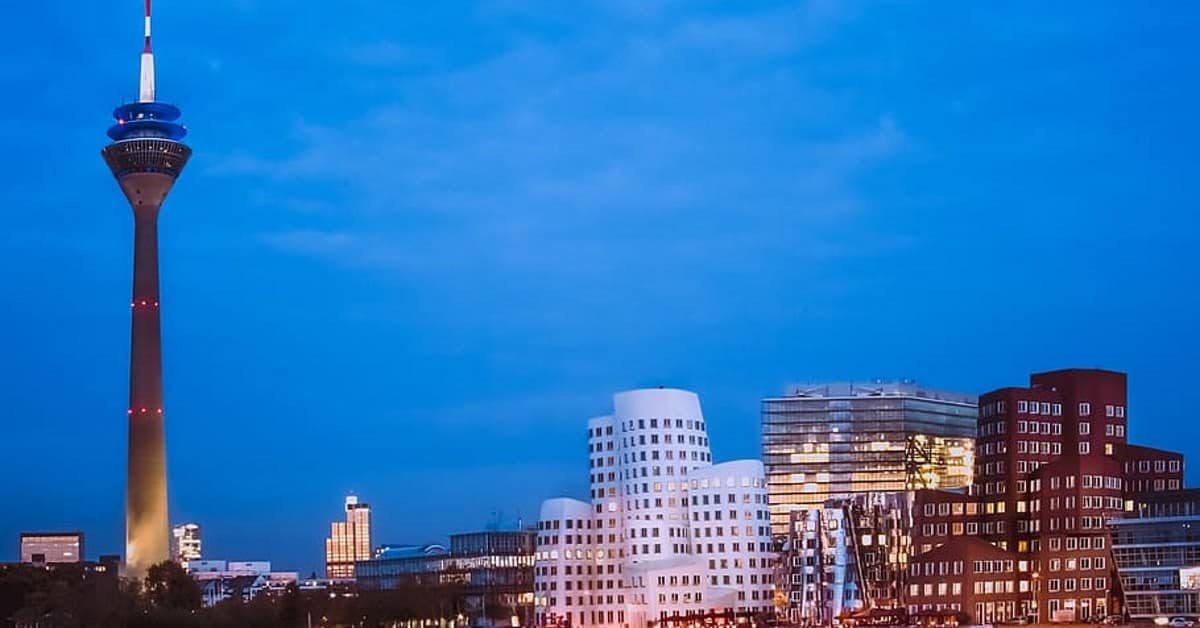 When is it recommended to go to Dusseldorf?

Anyone who has ever traveled in Europe knows that the busiest time in terms of tourism in almost every European city is the summer season. In these months, with an emphasis on the months June to August, crowds of tourists visit the city and put a heavy burden on its tourist sites and points of interest. The two main factors for this phenomenon are both the relatively comfortable weather (remember that being a Central European country, winter in Germany can pose quite a challenge for travelers), and the vacation from schools and other educational institutions, which pushes the residents of Europe in general, and the rest of the world in particular, to travel all over the continent. In addition to the summer months, Dusseldorf is known for the rush of tourists that visit it during Christmas, when dozens of colorful and festive markets open in the city offering their wares to tourists from all over Europe and the world.

These two periods, with an emphasis on the summer season, are characterized by a significant increase in prices when it comes to tourist services such as accommodation, flights and attraction prices. Those who choose to travel in Dusseldorf in the summer, should be prepared for the fact that they are going to pay a significantly higher amount than those who travel in the off-season.

On the other hand, the brave who are willing to challenge themselves with deceptive weather, one that can shut you up for whole days inside indoor attractions, will find that winter is the perfect time to find particularly profitable deals on flights, hotels and other vegetables. The cost of a trip outside the tourist season can be significantly cut, certainly if you plan the trip correctly and enough time in advance.

Flights and airports in Dusseldorf

After this introduction, it is no wonder that Dusseldorf Airport (DUS) is one of the busiest in Europe in general, and in Germany in particular. This is the third largest field in Europe in terms of traffic load, when in 2019 more than 25 million passengers from all over the world passed through it. Although most of its passengers travel within Europe, many of the flights that visit it come from other destinations such as the Persian Gulf, North America and more. Considering these data, you can be sure that this field will be able to offer you all the services required for every type of tourist.

Fortunately, at Dusseldorf airport you can find direct flights to and from Israel, operated by El Al. The line began operating in June 2019, and includes three weekly flights to the city’s international airport.

For those who want to fly on one of the dates when there is no direct flight from Israel to Dusseldorf, or prefer regardless to fly with a stopover, Dusseldorf can also be reached by landing at Bonn Airport (CGN), which is only about half an hour’s drive from Dusseldorf. Here, too, it is an airport of impressive size, with an annual traffic of more than 12 million passengers a year. The field mainly serves intra-European flights, but you can also reach it outside of Europe. In order to reach it from Israel, you will have to make an intermediate stop at another large airport, such as the airport in Zurich, Munich or Vienna.

If you do prefer to arrive by direct flight, and from there continue by public transport or a rented car, Dusseldorf’s proximity to the border with the Netherlands allows you to take a direct flight from Tel Aviv to Eidenhoven, and from there travel to Dusseldorf, which is about three and a half hours away by public transport (and less than that by car). Direct flights between Eindhoven and Israel are operated by Transavia, 3 times a week. Of course, you can reach Dusseldorf through Eidenhoven airport also via non-direct flights, on other days of the week.

In terms of prices, the cost of a flight to Dusseldorf can vary greatly depending on the tourist season and the demand for tickets. A flight to Dusseldorf itself will usually cost no less than 100 to 150 US dollars for a round trip ticket, when in the tourist season the prices can double and triple themselves. Flights to other nearby destinations, such as Eidenhoven, Bonn or even Amsterdam, cost more or less the same.