Dortmund is an excellent example of a city that knows how to rebrand itself, and create an image for itself that did not exist until now. The striking fusion between old and new is a result of the heavy destruction that was inflicted on it during World War II, and the intense reconstruction that followed. The combination of industries in it, the heavy and traditional on the one hand, and the high-tech-scientific one on the other (which was introduced to the city in recent years), also creates a feeling of ancient and modern blending together.

It is an old but young city, one that presents an impressive history together with a large number of academic institutions and many students that create a relaxed and lively atmosphere in the city. You will find a variety of museums and sites of history and heritage, along with many festivals and parties into the night. 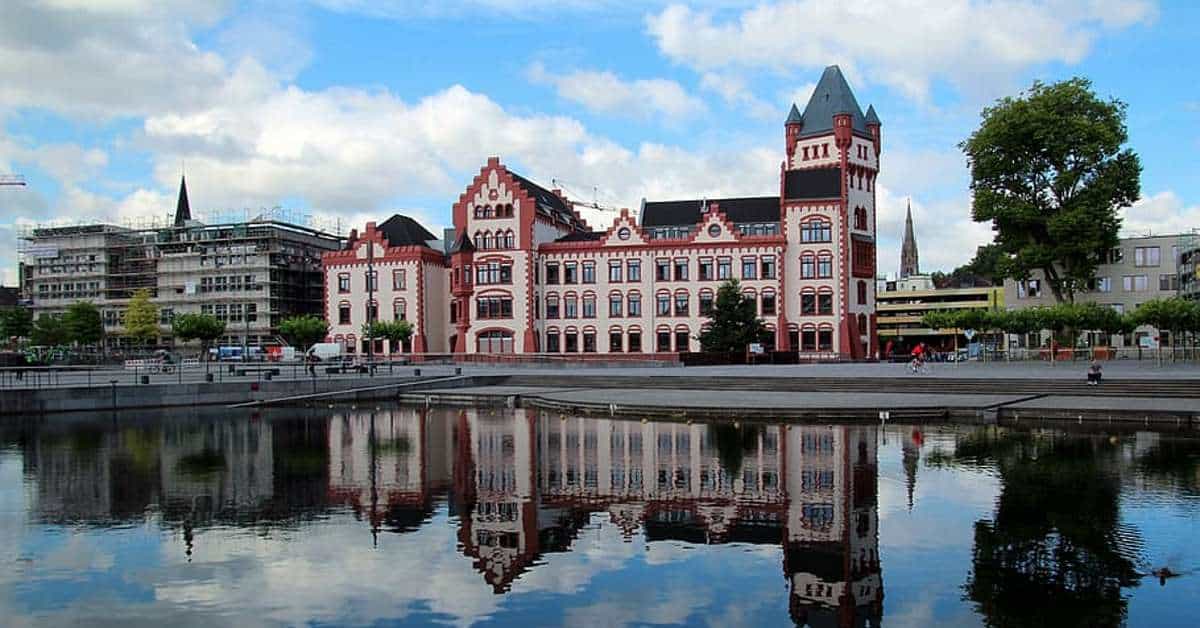 Flights and airports in the Dortmund area

In keeping with its status as an industrial city, Dortmund boasts its own airport, a medium-large sized field. Its airport (Dortmund international airport – DTM) is located about ten kilometers east of the city, and nearly three million passengers pass through it a year. Its great advantage is that many of the companies operating there are low-cost companies, or alternatively companies that operate seasonally between Dortmund and various holiday destinations throughout Europe.

The field in Dortmund is suitable for Israeli tourists coming from other European cities, or for those coming from Israel and prefer to come directly to the city, without passing through other cities. There are no direct flights to and from Israel from Dortmund airport, so you will have to make a stopover at another destination (for example Bucharest, Munich or Vienna). However, the significant advantage is of course that the field is very close to the city, and is only about twenty minutes away by train.

An additional flight option with a layover is through the Konrad Adenauer Koln / Bonn airport – CGN. This is the sixth largest field in Germany, which also boasts a significant volume of cargo flights. Therefore, this field is well prepared to serve a large number of passengers, and in 2019 more than 12 million passengers from all over the world passed through it. Many airlines from all over the world operate there, both European and non-European. However, since there are no direct flights to and from Israel, in order to get there you will have to make a stopover in one of the many cities in Germany and Europe that have direct flights between them and the Cologne airport. Among these are Munich, Vienna, Berlin, Istanbul and more.

From the airport of Cologne / Bonn you can reach Dortmund by train. Including a stop at Cologne’s main train station, the trip takes about an hour and a half in total.

If you prefer to arrive by direct flight, and from the destination airport continue by land transport to Dortmund, you can choose from several options. The first option is the airport in Düsseldorf (Dusseldorf international airport – DUS), which is the third largest airport in Germany. This is an extremely large airport, with a passenger traffic of more than 25.5 people per year (as of 2019). A large number of airlines operate there, and direct flights to and from Tel Aviv are operated by El El. However, these flights are only operated on some days of the week, so they are not suitable for those who want to fly on another day. In any case, from the Düsseldorf airport train station you can travel directly to Dortmund, a journey that takes about forty-five minutes.

Other destinations that can be reached by direct flight from Israel, and from which you can travel to Dortmund, include Berlin, Amsterdam (in the Netherlands) and Brussels (in Belgium).

The large selection of destinations through which you can reach Dortmund allows flexibility in the prices of the plane tickets. You can find tickets in the price range of 500-100 dollars, depending on the airline, the field where you will land and of course the season in which you choose to fly.

When is it recommended to visit Dortmund?

The summer months are the busiest months in Dortmund, as well as in the rest of Europe’s tourist destinations. During these months, the city is filled with visitors from Germany and the rest of the world, crowding the tourist sites, hotels and planes. This is why the prices of these services soar in the summer months, and can quadruple and quintuple themselves compared to dates outside the peak tourist season. If this is the only time you can travel, don’t miss out on Dortmund because of the crowds. However, expect in advance that you are going to pay a lot for the tourist services, and try to book as many of them as possible as far in advance as possible. The price difference can be significant.

For those who can, the recommendation is to come to Dortmund during the transition seasons, i.e. in spring or autumn. In these months, the weather is comfortable for hiking both in indoor and outdoor places, and the lower number of tourists than in the summer allows you to enjoy these sites without feeling like you are crowded with other crowds of people. The decrease in the number of tourists also leads to the fact that the prices of flights and accommodation go down a little and return to sanity. The great advantage is that even in these seasons, Dortmund offers many events and diverse festivals, among which we can name the famous Oktoberfest of Dortmund (the original was held in Munich) and more.