Day trips in Leipzig and the surrounding area

Leipzig is a popular and interesting city and has a lot (really a lot) to offer its many visitors. Despite the cultural, architectural and commercial importance of Leipzig, it is important to remember that it also has a lot to offer in terms of nature and greenery. It is highly recommended to diversify the trip to the city by visiting its rich zoo, spending an afternoon in one of the many parks that Leipzig is proud of, or a walk among the varied green houses of the botanical garden.

In addition, a trip to the many sites found in Saxony in general and near Leipzig in particular will further enrich your trip and give you a broader perspective. There is a lot to do around Leipzig, from charming medieval towns, to prisons from the Second World War, to amusement parks that you can go to with the whole family. 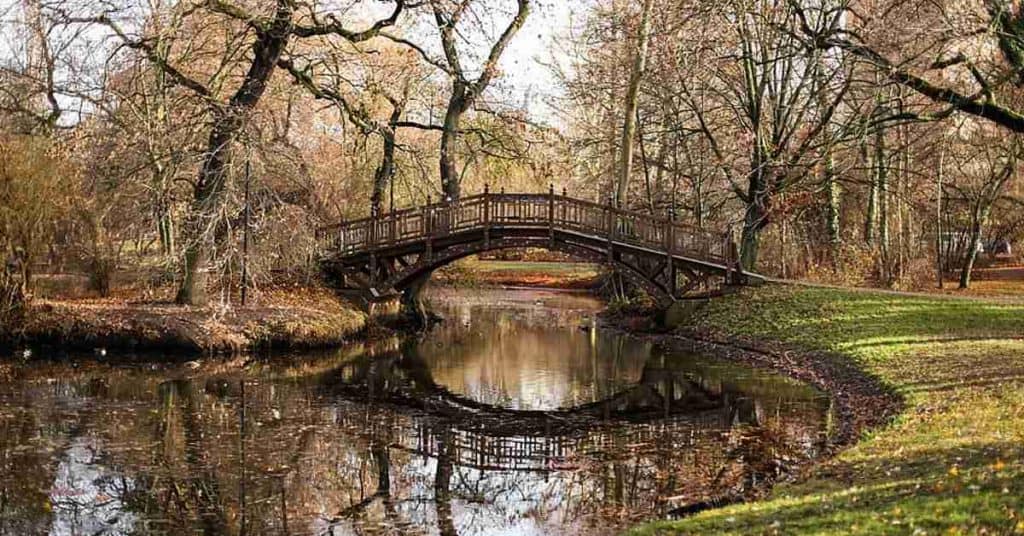 Nature and landscapes in Leipzig and its surroundings

Leipzig Zoo boasts the title of the oldest zoo in Germany (it opened as early as 1878), but at the same time, it is also one of the most active and rejuvenating in the country. This zoo participates in a variety of endangered animal conservation projects, and only in the last twenty years have two separate, extremely large buildings been inaugurated there, designed to create a suitable climatic environment for the zoo’s animals.

The newest attraction (and perhaps also the most impressive) is the artificial habitat, the Gondwanaland biome. It is a closed structure of approximately 16.5 dunams, kept at controlled temperature and humidity levels and designed to create a tropical ecological niche where a variety of animals adapted to this climate live. The temperature here is maintained at 25 degrees Celsius, and the humidity levels range from 65 to 100 percent, befitting a tropical environment worthy of its name. You will find a variety of exotic animals here, starting with colorful birds of different species, monkeys, lizards, ants and a variety of aquatic creatures and amphibians.

On top of that, the zoo is proud of the Pongoland structure inaugurated in 2001, which is a 30-dan indoor habitat for a variety of primate species. Here you will find two groups of gorillas, two groups of chimpanzees, orangutans, bonobo monkeys and more.

Leipzig is full of parks and gardens, and almost every corner you turn to in the city center you will find a green lung. The residents of the city are very proud of their love for vegetation, and guard these parks with all vigilance. One of the best in the city, if not the best, is Clara Zatkin Park.

The park is located behind the music district, and it can provide you with employment for a whole day. Lakes, birds, hiking trails, bike paths, kayaking in the Elsterflutbett river and much more, it seems as if there is no end to the things that can be done here. The residents argue a lot about exactly where the most beautiful spot in the park is, so you can wander around and decide for yourself. It is recommended to bring food and drinks with you for a light meal at the foot of the trees, and enjoy the peace and greenery in the busy city.

Although officially the botanical garden was founded by the University of Leipzig as a medicinal plant garden in the mid-19th century, the roots of this garden actually date back to the mid-16th century. It is a perfect place to spend a few hours, especially if you are with children or if you are interested in botany and nature.

The garden covers an impressive area, and entrance to it is free. Its main attraction are the “Greenhouses”, connected by covered passageways, where you will find a huge variety of thousands of plant items from all over the world. In addition to that, you will find in the garden “Butterfly World”, an indoor hall where you will stay together with hundreds of other butterflies in spectacular colors. There is also a protected display of the development stages of the butterfly, starting with the larval stage and ending with the adult individual.

Interesting sites as part of a day trip from Leipzig

The medieval town of Torgau, located about an hour’s drive from Leipzig and about 45 minutes by train, has great historical importance. It is steeped in buildings from the Middle Ages and the Renaissance, which can be a refreshing sight for those traveling in Leipzig and other German cities, the renewal of which is evident after the Second World War. The new buildings that adorn the main German cities can sometimes overshadow the ancient history of the country, and a town like Torgau takes you back in time. The Renaissance castle Hartenfels Castle that dominates the city from above will remind you where you are.

This is the place where Martin Luther, the famous 16th century priest who led the Reformation in Christianity and founded the Protestant movement, was born, lived and worked. Martin Luther’s presence is felt in the city, which was the first in the world to open a Protestant church, and the original apartment where he lived with his wife was converted into a museum dedicated to describing the work of one of the people who had the greatest influence on the history of the West.

If this name sounds familiar to you, it is because it was the name of the Weimar Republic, the republic that ruled Germany from the end of World War I until the rise of the Nazi regime in 1933. Arriving in Weimar, which is about 130 kilometers from Leipzig, is like diving into another world. Classic Weimar will take you back to the beginning of the 20th century with its buildings, gardens and its many museums.

Weimar is especially known for being the cradle of the Bauhaus movement, the famous architectural movement of the beginning of the twentieth century whose fruits can also be seen in Tel Aviv, Haifa and Jerusalem. The sites dedicated to the Bauhaus movement, as well as Weimar, have been recognized by UNESCO as World Heritage Sites. The Old Town itself is completely walkable, and is a perfect destination for a day trip from Leipzig.

Colditz Castle is a fascinating destination for a day trip from Leipzig, especially for history buffs but not only. This castle, which has been sitting safely on top of a mountain near the town of Colditz for more than 1,000 years, is one of the most important monuments in the history of World War II. This castle was a prison for Allied officers who were captured by the Germans, and who tried to escape from other prisons where they were held. The fact that they were imprisoned in a castle with walls more than 3 meters thick did not deter them, and more than 300 escape attempts were made here by the creative and brave prisoners. Many books have been written and many movies have been directed based on these many escape attempts.

Today the castle is used as a museum where these escape attempts and the tools used by the prisoners are displayed, as well as uniforms and documents from that time. As part of the guided tour, you will pass through a tunnel dug by the prisoners in order to escape from the castle, and maybe you will be able to enter the head of these freedom fighters, who were not stopped by anything.