Day trips in Dusseldorf and the surrounding area

Even though most of the tourism in Dusseldorf is urban tourism, this does not mean that you cannot find gardens, parks, hiking trails and many other attractions that will connect you to nature. Even if you are staunch city dwellers, there is no doubt that you also want to see green and breathe fresh air sometimes, maybe with a glass of Altabier in hand.

And if the urban gardens and nature are not enough, and you want a break from the city – there is also a lot to do in its immediate vicinity. It can be a visit to forgotten factories in the countryside, a tour of a medieval village that will make up for your lacks (after all, Europe) and even make a secret spy visit to neighboring Cologne, Dusseldorf’s “sworn rival”. 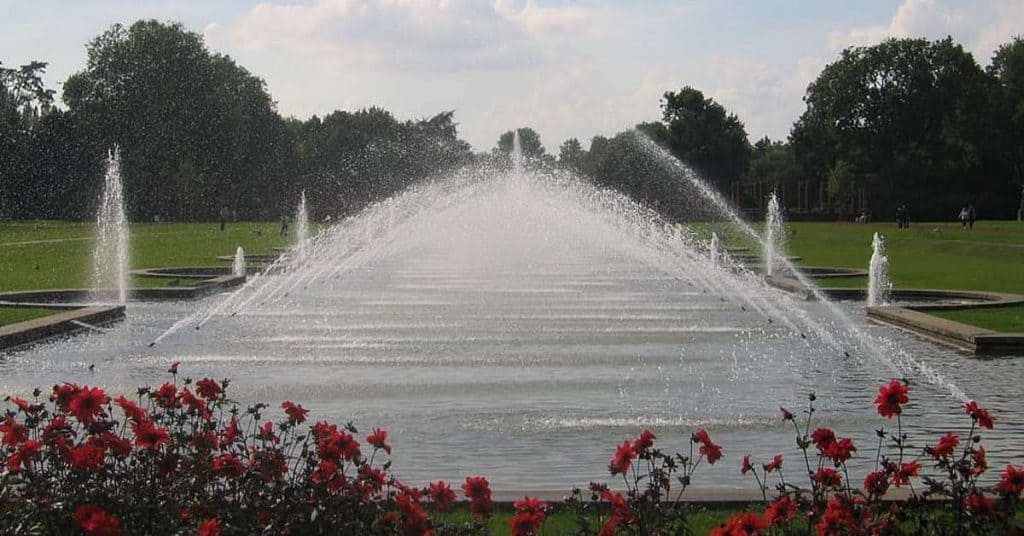 Nature and landscapes in Dusseldorf and its surroundings

This is one of the best attractions in the city for family travelers and nature lovers. This park is located a little east of the city center, in a two-hundred-year-old forest, where about a hundred items of wild animals unique to Germany are concentrated. Among the other animals found here are several types of deer, wild cats and many birds.

Entrance to the park is free, and it is open throughout the year. You can walk along the paths between the habitats of the animals, and you can bring fruits and seeds with you to feed the animals. In addition to that, the park includes beehives, and a skilled beekeeper on behalf of the park demonstrates the care of bees and the production of honey.

The palace garden is actually the first public park in Dusseldorf, and it was built in the middle of the 18th century. The oldest boulevard of the park is the one connecting the palace (Jägerhof Palace) with the fountain in front of it (Jröner Jong Fountain). This part of the park was also designed by Nicolas de Piage at the behest of the prolific Elector Charles Theodore. Over the years the park expanded and took on its original form, and also became the prototype for public parks and gardens all over Germany.

Apart from the many trees and the eye-catching greenery that the park offers to its visitors, you can find a variety of buildings, statues, cozy corners and historical monuments.

Due to the fact that Dusseldorf has the largest Japanese community in Germany (nearly 7,000 people), it is possible to find many signs of the presence of this old immigrant population. Starting with many Japanese restaurants, go to “Japan Day” (a festival held in the middle of May), and ending with the beautiful Japanese gardens, one in the Japanese quarter (JapanViertel) and the other nestled peacefully in one of the most important parks in the city – Nordpark.

In Nordpark’s Japanese garden you can enjoy a taste of the unique Asian nature, such as maple trees, stone lamps, waterfalls and even a small pool. It is not a big or particularly crowded place, but it is definitely an excellent place to relax from all the hustle and bustle of the busy city.

This is one of the most interesting experiences in the city, certainly if you are a marine nature lover or if you are traveling with children. This complex, also located near the Nordpark, is a fusion between a zoo, a museum and an aquarium. It was founded at the beginning of the 20th century, and today you can find over twenty rooms in it that describe the development and texture of life in the underwater world. There are more than 140 exhibits and aquariums here, all of which present different, diverse and most spectacular forms of life.

Interesting sites as part of a day trip from Dusseldorf

This is one of the most recommended destinations for track and field enthusiasts. In fact, it is an extremely long route, more than 230 kilometers in total, which partly passes east of Dusseldorf. The advantage of this route is that it is divided into 17 sections (legs), so only specific sections of it can be done. In addition, and due to the fact that it is divided into segments, the routes are suitable for people of various levels of fitness, and not only for the well-to-do.

Along the various routes, you will pass through ancient German villages, visit medieval and later castles, and maybe even see bunkers from the Second World War. All of this is of course in addition to the beautiful nature of the area, which is unjustifiably not in the top ten of Germany’s treks.

Although this part of Germany is not particularly famous outside of it, it was in the past and still is today one of the most important economic and industrial areas of the country. The cities in its territory (Dortmund is one of the most famous of them) are known for their heavy industry, the one that helped Germany get out of the severe economic crisis it entered after World War II.

Many of the factories and infrastructure that served these factories are no longer active today, and have been converted to tourism and mixed use to allow visitors to appreciate the contribution of these sites to the reconstruction of Germany. An example of this is the Welterbe Zollverein mines in the city of Essen, which are even recognized as a world heritage site. Besides the on-site museum, which showcases its heavy industrial history in the coal field, the complex also hosts sporting events, performances, concerts and other cultural events.

For history buffs, a trip to Dusseldorf may lack the experience of touring among thousands of years old buildings. If you are like that, and if Germany is automatically associated with the Middle Ages in your head, then it is recommended that you go on a day trip to the village of Zunz. This village is located very close to Dusseldorf, near a town called Dormagen, and it is a medieval village that will meet all your expectations.

Upon entering the village, which is only half an hour’s drive from Dusseldorf, you will feel as if you have been thrown centuries back in time. You can walk along the ancient fortifications of the city, visit the wooden windmill (which is still active), and wander the cobblestone alleys while trying to imagine the life of the villagers who lived in these very conditions, in these houses.

It is a fascinating experience for all ages. If you want to make it even more perfect, we recommend getting to Zunz by ferry from Urdenbach.

Cologne is the largest city in the state of North Rhine-Westphalia, and Dusseldorf looks enviously at both that title and the impressive Cologne Cathedral, Germany’s most popular attraction. The distance between the cities is only about fifty minutes’ drive, and here you are sipping a half-liter of Cologne’s local Klesch beer in a Stanga (the nickname for Klesch glasses).

Cologne has its own guide on the website, so there is no point in expanding too much here. However, if you choose to come there for a trip of a day or more, we highly recommend you to visit at least the three sites that are mandatory:

The Cologne Cathedral, designated as a World Heritage Site, is the most popular tourist site in Germany. You can see the cathedral from almost anywhere in the city, and this is thanks to the law that forbids building towers taller than it.

The Documentation Center on the Nazi Party (NS Documentation Center), which describes both the Gestapo’s activities in the building where the museum is today, both the large Jewish community that was in Cologne on the eve of the war, and the World War II atrocities committed by the Nazis.

And finally, don’t tell anyone in Dusseldorf and go out for a beer in one of the countless pubs scattered around the city. Just ask for the pouring ceremony of this beer to be explained to you first, as you may find yourself impoverished and hungover if you don’t.