Day trips in the Cologne area

Cologne is indeed a center of spectacular architecture, works of art and nightlife, and offers its visitors a lot to do – but many still prefer to visit other places and expand their horizons regarding Germany, or even one of the countries bordering it to the west. Whether you want to experience the nature outside of Cologne, the villages or even another city, everything is within reach.

There is also quite a bit of nature in and around the city. The city itself has green areas where you can spend a relaxing afternoon, and nearby there are places from which you can look out over the landscape, and even do a track or two. Get some (and some) recommendations. 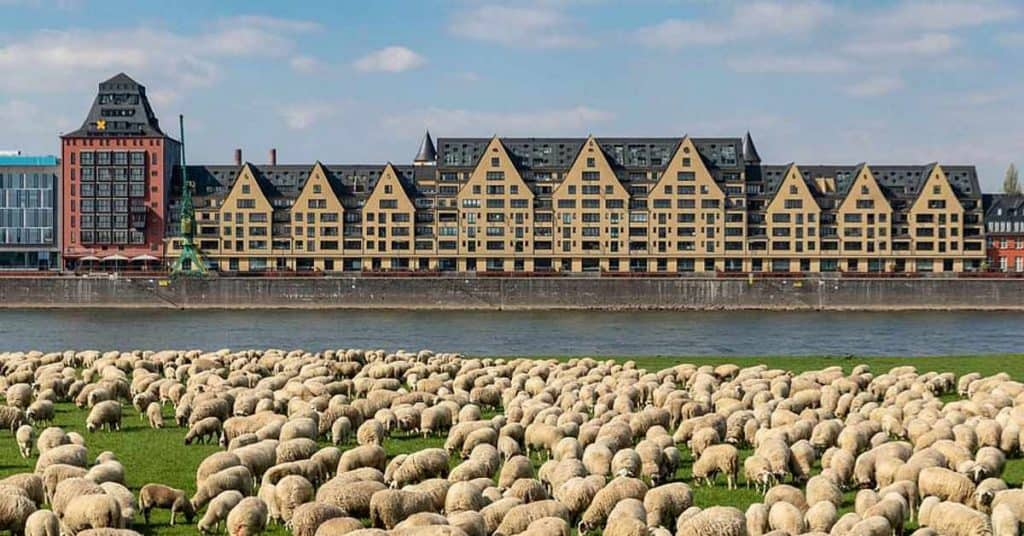 Landscapes and nature in Cologne and its surroundings

In the north of the city of Cologne, there is a large area of more than a hundred dunams, where the botanical garden of the city is located. Botanical gardens are generally a perfect place to enjoy a colorful piece of nature and a selection of plants from all over the world, and this is especially true in the case of the Cologne Botanical Garden.

Paths surrounded by carefully trimmed vegetation, separate gardens for different types of flowers and trees, festive colors throughout the year, and the icing on the cake, aka the glass palace in the center of the garden that was built in the middle of the 19th century (although it is certainly not the only glass structure in the garden). The palace was built inspired by a similar structure that stands in London, and was previously used as a greenhouse for exotic plants. In recent years, it has become a hosting center for conferences, lectures, concerts and private events, so you can certainly check whether during your stay in the city there is a concert that suits your taste.

The zoo is located close to the botanical garden so you can combine a visit to both in one day (although it is not certain that your children will agree with this assumption…). This is one of the oldest and most diverse zoos in Europe. It was officially founded close to the botanic garden’s founding date in the mid-19th century, but it has buildings that housed animals decades earlier.

Cologne Zoo also presents a stunning variety of more than 700 species of animals, with its main specialty being primates. Among other things, the animal also participates in the conservation efforts of the golden-bellied capuchin, which is in danger of extinction. It is recommended to check before arrival the many dates of the feeding times of the various animals, in order to enrich the experience of visiting the zoo even more.

This is the national park of the state of Rhine-Westphalia, and is located about an hour’s drive west of Cologne. Nature lovers will be able to find in this national park, which extends over more than 100 square kilometers, everything they could wish for: forests and lakes, woods and meadows, organized paths and attractions, and much more. The park is suitable for people of all ages, including people with disabilities. The outdoor addicts and trekkers will be happy to see the huge selection of routes and walking paths that the park offers. The longest trek here is a four-day hike (which you can do independently or with a guide, depending on your budget), but there are also plenty of shorter routes.

Interesting sites as part of a Macallan day trip

A trip to the Upper Middle Rhine Valley

It is difficult to put this area in the category of a day trip, because the truth is that it deserves at least two whole days of travel. This is one of the most beautiful and romantic areas for a trip in Europe, one that will give you an additional whole dimension to the urban experience of Cologne and other German cities. This entire region of Israel is designated as a World Heritage Site by UNESCO, due to its cultural, historical and architectural wealth, which were developed over more than two thousand years of settlement there.

There are many ways to experience this area – this is the river on whose banks are concentrated the most castles in the world, more than any other river, with some looking as if they were just taken out of a fairy tale. Sailing along the channels of the Rhine can be a romantic experience like no other, certainly if you do it at sunset. The ancient German villages nestled here among the mountains are perhaps the best place to authentically experience the culture of Germany, and more.

A visit to one of the nearby European capitals

If you don’t want to settle for Germany alone, Cologne is about two and a half hours away by car from Amsterdam and Antwerp, the capitals of the Netherlands and Belgium, respectively. You can combine a cross-country trip, and experience additional cultures and new sights.

Of course, this is not the place to list all the attractions that can be done in these two huge and vibrant cities, but you probably know a little. Cycle around among Amsterdam’s many cafes, cruise the canals of the surrounding villages and towns. Art galleries, forgotten writers and the Café De Muze in Antwerp, and to see the statue of the peeing boy in nearby Brussels.

It is also not necessary to travel to these capitals, which are both located in the western part of the country (of course Amsterdam), in order to experience the Netherlands and Belgium. An hour to an hour and a half away from Cologne you can be in the Dutch plains, or meet friendly Belgian villagers.

This could be the perfect opportunity for you to take a one-day trip, especially if you are traveling with children. This cute town is a little south of the city of Bonn, and is only about an hour and a quarter away by public transportation (and half that if you have a rental car). It is a very nice city to walk around, full of colorful buildings, cafes and small locally owned shops. In addition, due to the fact that the town sits on the banks of the wide Rhine River, there is a study center that will enrich your knowledge regarding underwater life, in rivers and seas around the world (Sea Life Center).

Besides the town itself, there are several other attractions nearby. Schloss Drachenburg Castle, for its many secrets, is one of the most interesting of them. Doors hidden in the walls, musical instruments that don’t really play and more, you will find all of these in a castle built at the end of the 19th century (even if it looks like it was built in the 14th century at the most). In addition to the castle, nearby is the Dragon Rock (Drachenfels) with its impressive views, as well as the first German nature reserve, the Siebengebirge.

If throughout your trip you were looking for the dream fairy tale castle, the one where Fiona, Rapunzel and a host of other princesses were imprisoned in a parallel world, then it is right in front of you. This magical castle is nestled peacefully in the middle of a wooded area, less than an hour and a half away by car from Cologne. You can park some distance away and walk through the forest for about fifteen minutes until the castle appears before you in all its splendor, or alternatively take the shuttle that will bring you directly to it.

You can explore the castle itself through the tours held there, each lasting 45 minutes. Tours in English are rarer, so you may have to wait. Either way, it is highly recommended to arrive early if you want some photos against the background of the castle, without having thousands of other visitors in the background. Note that photography is not allowed inside the castle itself, so your souvenirs will be from the outside (and absolutely beautiful) environment of the castle.