Due to its size, its centrality, and its proximity to the borders with other European countries, it is no wonder that Cologne (Cologne. in German – Köln) is a favorite destination for many tourists visiting Germany. It is a very large city, with a population of about a million people, located on the banks of the famous Rhine River. Whoever comes to Cologne, will discover a city rich in history and culture. It is the oldest large city in Germany, with its foundation dating back to 38 BC. It is known for its cathedral, the construction of which began in the Middle Ages and lasted for about six hundred (!) years, as well as for being the hometown of Konrad Adenauer, who was the prime minister of West Germany and contributed a lot to its restoration (the local airport is named after him).

Like nearby Dusseldorf, Cologne was also severely damaged during World War II, and its population dwindled dramatically during that period (about 5% of the original population remained in the city). After the war, the city was rebuilt in a hurry, which led to the fact that the old and the new are mixed together in a very noticeable way. 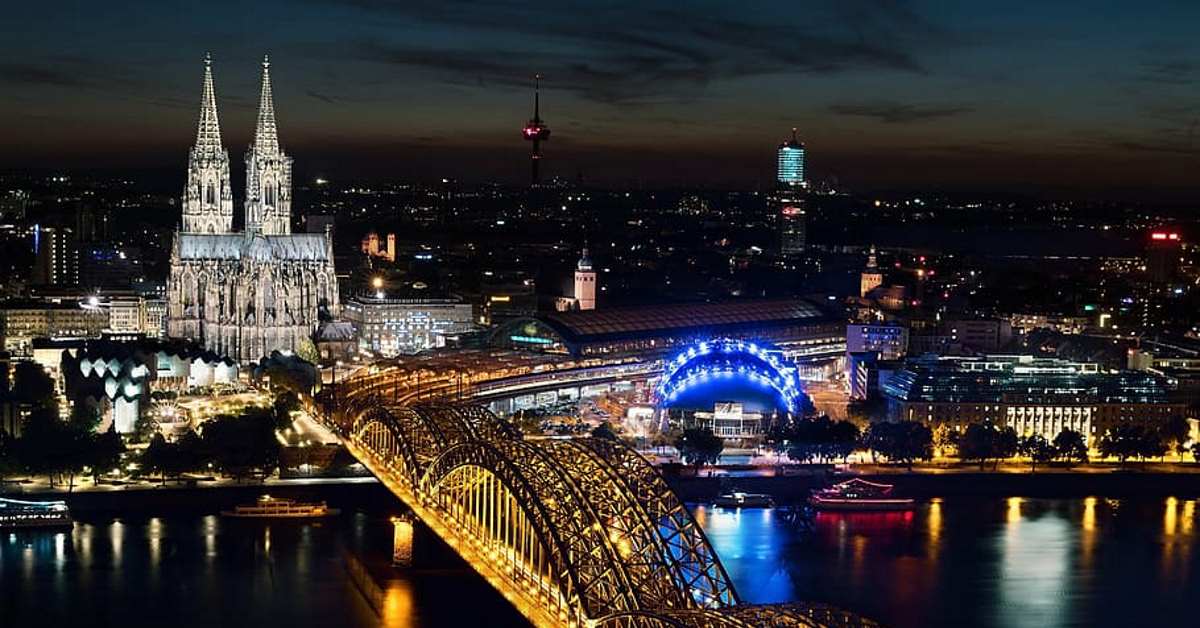 When is it recommended to come to Cologne?

Being a very important city in Germany, and also thanks to the multinationality that characterizes it, Cologne is full of tourists throughout the year. However, as in any other tourist destination, here too you can find times when the number of tourists rises and falls, and accordingly the costs of the various tourism services rise and fall.

Similar to all other European tourist destinations, Cologne is also characterized by the fact that its tourist season reaches its peak in the summer. Although it starts at the end of April and the beginning of May, the vast majority of tourists take advantage of the hot weather of July and August, as well as the holidays at educational institutions, in order to travel around the city. Of course, we are talking here about both local and international tourists. Because of this, the cost of tourism infrastructure, such as flights, hotels and attractions, tends to increase in these months, in accordance with the rising demand. If you plan to come to Cologne in the summer, it is recommended to plan the trip well in advance in order to reduce the high payment for the main expenses (flights and accommodations). Getting organized at the last minute can cost you dearly.

On the other hand, if you are ready to challenge yourself with a biting European winter weather, then you will be happy to find out that in the winter months (with an emphasis on the end of January to the beginning of March) the number of tourists in the city drops significantly and with it the prices. During this period, you can find particularly profitable deals, and close the entire vacation at a significantly lower cost than a similar vacation in the summer. During the period of Christmas and the new civil year (end of December and beginning of January), Cologne experiences a temporary increase in the number of tourists, as everywhere in Europe.

Flights and airports in Cologne

Despite the size of Cologne, and despite the fact that it has its own significant airport, there are no direct flights to it from Israel. However, the access to it is relatively convenient, since you can fly by direct flight to other destinations in Germany (and even in neighboring countries, such as the Netherlands or Belgium), and from there reach it with the help of the efficient public transportation, or by rental car.

The most convenient option for those who do not want to spend a lot of time in layovers, is to take a direct flight from Tel Aviv to Düsseldorf (Düsseldorf International Airport – DUS) near Cologne. El Al operates direct flights between the ports, although not every day of the week. The field itself is one of the largest fields in Germany, with a passenger traffic of more than 20 million per year. Therefore, you can find in the field everything you need to get to Cologne and other destinations in Germany in particular, and in Europe in general. Getting to Cologne from Dusseldorf Airport is relatively simple. You have to take a shuttle of a few minutes to the airport train station, and from there you can board a train of about forty minutes that will bring you directly to Cologne.

Those who prefer to fly directly to Cologne, whether from Israel or from another destination in Europe or the rest of the world, will be happy to hear that the city boasts an airport of a very respectable size. This airport serves the two nearby cities of Cologne and Bonn, hence its name (Köln/Bonn International Airport – CGN). The airport has a traffic volume of more than 12 million passengers per year, and flights to it come from all over Europe and beyond. As said, there are no direct flights between Cologne airport and Israel, but you can find a large number of flights with short stopovers at convenient destinations.

For those interested, Brussels, the capital of Belgium, is a non-German destination from which Cologne can be reached relatively comfortably. This is a particularly large airport, serving a large number of airlines. Many tourists make a stopover in Brussels on their way to other destinations in the world, making this field one of the most convenient in Europe. To the delight of Israeli travelers, there are a large number of direct weekly flights between Tel Aviv and Brussels. These flights are operated by both El Al and the national airline of Belgium (Brussels Airlines). After arriving by direct flight to Brussels, you can take a train from the city’s northern train station (Bruxelles-Nord) directly to Cologne. The length of the train ride is a little less than two hours.

The cost of a flight to Cologne varies greatly depending on the season and demand. However, it can be cautiously said that the cheapest line is the one that goes directly to Cologne airport, with an intermediate stop at another destination (usually on a low-cost flight). The price range ranges from about 100 US dollars outside the tourist season, up to several hundred dollars at its peak.